From the fight for a fifteen-dollar minimum wage to the nationwide teacher strikes, from Bernie Sanders to Alexandria Ocasio-Cortez, and from Black Lives Matter to #MeToo, Generation Occupy reveals the lasting impacts of the Occupy movement on American politics and culture.

On the ten-year anniversary of the Occupy movement, Generation Occupy sets the historical record straight about the movement's lasting impacts. Far from a passing phenomenon, Occupy Wall Street marked a new era of social and political transformation, reigniting the labor movement, remaking the Democratic Party, and reviving a culture of protest that has put the fight for social, economic, environmental, and racial justice at the forefront of a generation. The movement changed the way Americans see themselves and their role in the economy through the language of the 99 versus the 1 percent.

But beyond that, in its demands for fairness and equality, Occupy reinvigorated grassroots activism, inaugurating a decade of youth-led resistance movements that have altered the social fabric, from Black Lives Matter and Standing Rock to March for Our Lives, the Global Climate Strikes, and #MeToo. Bookended by the 2008 financial crisis and the coronavirus pandemic, Generation Occupyattempts to help us understand how we got to where we are today and how to draw on lessons from Occupy in the future. 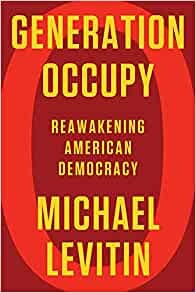