Joanna Walsh is a British writer and illustrator. Her writing has appeared in Granta, Narrative, and Guernica and has been anthologized in Dalkey's Best European Fiction 2015, Best British Short Stories 2014, and elsewhere. A collection, Fractals, was published in the UK in 2013, and her nonfiction book Hotel was published internationally in 2015. She writes literary and cultural criticism for The Guardian, The New Statesman, and The National, is the fiction editor at 3:am Magazine, and created and runs the Twitter hashtag #readwomen, heralded by the New York Times as "a rallying cry for equal treatment for women writers."

"With wry humor and profound sensitivity, Walsh takes what is mundane and transforms it into something otherworldly with sentences that can make your heart stop. A feat of language." KIRKUS REVIEWS, starred review

"From the publisher that unearthed the brilliant and now-lauded Nell Zink comes another slim work of fiction as strange as it is compelling. Vertigo is a funny, absurd collection of stories." THE HUFFINGTON POST

"Reading Vertigo has opened even wider my conceptions of what's possible in fiction―how a book can be like a series of photographs, like cinema. These stories appear as much as they engage with narrative, saturated with a calm yet rich color. I've not read anything like it and feel it is quietly subverting the hell out of the form." AMINA CAIN

"Stunning short, sharp shocks with insight that reminds me of the very personal work of Clarice Lispector... Packs a wallop into a very small space. I suspect this will get some year-end kudos." JEFF VENDERMEER


Joanna Walsh’s haunting and unforgettable stories enact a literal vertigo—the feeling that if I fall I will fall not toward the earth but into space—by probing the spaces between things. Waiting for news in a children’s hospital, pondering her husband’s multiple online flirtations or observing the tourists and locals at a third-world archeological site, her narrator approaches the suppressed state of panic coursing beneath things that are normally tamed by our blunted perceptions of ordinary life. 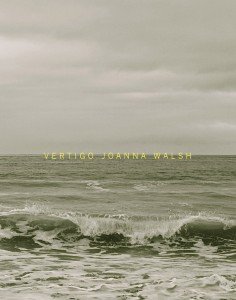