In April 1994, two as-yet-unreleased letters by Sartre and one by Merleau-Ponty were published in the "Magazine Littéraire." Their publication sparked new interpretative hypotheses on the political and philosophical motivations behind the break of the relationship of mutual esteem, friendship, and fruitful intellectual collaboration between Merleau-Ponty and Sartre. The bright tone of their personal contrasts testified the profound theoretical differences between the two thinkers, both at philosophical level and political praxis. This volume covers the period between the launch of the magazine "Les Temps Moderns" in 1945 and Sartre's decision to no longer accept Merleau-Ponty's contributions in 1953, offering a detailed analysis of the respective position of the two philosophers and of an irreducible intellectual distance between them. 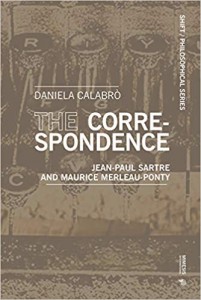