Woes of the True Policeman

Taking us back to the world and characters of his acclaimed masterpiece, 2666, Woes of the True Policeman is Roberto Bolano's last, unfinished, novel. When Oscar Amalfitano begins an impulsive affair with one of his students at the University of Barcelona he has no idea where it will lead. More than his turbulent revolutionary past, or the death of his beautiful wife, the scandalous exposure of this relationship will change him for ever. Forced to flee with his seventeen-year-old daughter, Amalfitano finds himself in Santa Teresa, a sprawling town on the USA-Mexico border. Haunted by dark tales of murdered women, this mythical place is populated by mysterious characters. We meet Castillo, who makes his living selling his forgeries of Larry Rivers paintings to wealthy Texans; Pancho Monje, a son born of six generations of foundlings and Arcimboldi, a magician and writer whose work has been important to Amalfitano for some time, but whose return to prominence is just beginning. Woes of the True Policeman is an exciting, kaleidoscopic novel, lyrical and intense yet darkly humorous. Exploring the limits of memory and the power of art, it returns to the world and characters of Bolano's masterpiece, 2666 and marks the culmination of one of the great careers of world literature.

Roberto Bolano was born in Santiago, Chile, in 1953. He grew up in Chile and Mexico City. He is the author of The Savage Detectives, which received the Herralde Prize and the Romulo Gallegos Prize, and 2666, which won the National Book Critics Circle Award. He died in Blanes, Spain, at the age of fifty.


Perhaps the funniest of Bolano’s books, WOES was published a decade after his death, assembled from folders and files left on his computer. Almost everything important within Bolano’s vast work appears here – the limitless erudition, the dumb poet jokes, the shaggy dog stories, the constant & weary alertness of exile, the requiem for a generation that lived, or did not live, through the Latin American dirty wars, and ominous fear haunting the north Mexican border. His sense that everything’s finally futile, which doesn’t mean it’s not funny and totally full. 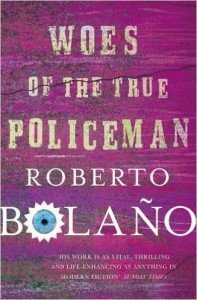