The Cybermohalla project takes on the meaning of the Hindi word mohalla (neighborhood) in its sense of alleys and corners, relatedness and concreteness, as a means for talking about one’s “place” in the city. Initiated by the Delhi-based research institute Sarai/CSDS and Ankur, Nikolaus Hirsch and Michel Müller developed a project that involves approximately seventy young practitioners, the Cybermohalla Ensemble, who engage with their urban contexts through various media. Cybermohalla Hub, a hybrid of studio, school, archive, community center, library, and gallery is a structure that moves between Delhi and diverse art contexts including Manifesta 7 and, most recently, the Louisiana Museum of Modern Art in Denmark.

The Cybermohalla experiment has been engaged in rethinking urban life, and reimagining and reanimating the infrastructure of cultural and intellectual life in contemporary cities. The book not only documents the architecture of the project, which functions as an attempt to “build knowledge,” but also publishes insights that have emerged from the project as a whole. 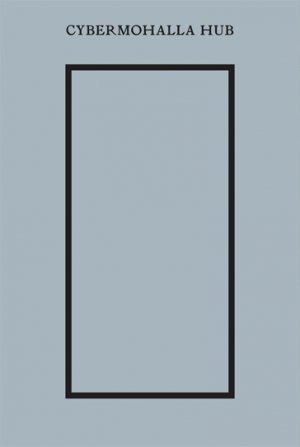