So clean is Vladimir! We all want to get near!
What kind of frolics are in progress?
Is it a pajama party or, perhaps, a special congress?
And will there be room for all in the little leader's bed?

In her annotations, Rosa Chabanova explores the book’s many layers, covering such wide-ranging topics as the financial schemes of Russian oligarchs, medieval literature, political assassinations and the massive immigration wave of Russians to Israel. In so doing, Chabanova unravels the haunting story of Komar-Myshkin and arrives at startling conclusions as to what actually transpired during Komar-Myshkin's final years.

Maxim Komar-Myshkin was born in Moscow in 1978. He immigrated to Israel in 2004. There, he founded the Buried Alive group, a circle of artists, writers and filmmakers who vowed in their manifesto to operate as cultural zombies.

Rosa Chabanova is a PhD candidate in comparative literature at the Jaffa University. 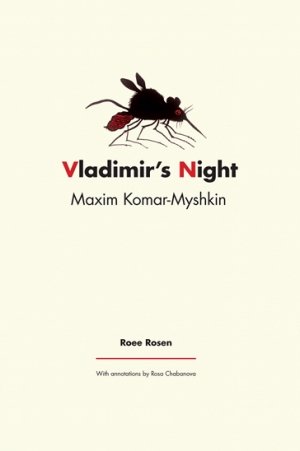