From Counterculture to Cyberculture: Stewart Brand, the Whole Earth Network, and the Rise of Digital Utopianism

In "From Counterculture to Cyberculture", Fred Turner details the previously untold story of a highly influential group of San Francisco Bay Area entrepreneurs: Stewart Brand and the Whole Earth network. Between 1968 and 1998, via such familiar venues as the National Book Award - winning "Whole Earth Catalog", the computer-conferencing system known as WELL, and, ultimately, the launch of the wildly successful Wired magazine, Brand and his colleagues brokered a long-running collaboration between San Francisco flower power and the emerging technological hub of Silicon Valley. Thanks to their vision, counterculturalists and technologists alike joined together to reimagine computers as tools for personal liberation, the building of virtual and decidedly alternative communities, and the exploration of bold new social frontiers.While tracing the extraordinary transformation of how our networked culture came to be, Turner's fascinating book reminds us that the distance between the Grateful Dead and Google, between Ken Kesey and the computer itself, is not as great as we might think.


From Counterculture to Cyber culture focuses on the complex relation between the anti-authoritarian movement of the '60s, the rise of the digital industry in the following decades, and the triumph of the market ideology. How did the counterculture evolve into the current neoliberal ideology, so deeply embedded in the techno media sphere of the '60s? In order to answer this question, Turner looks at the cultural experience of Stewart Brand, the founder of Whole Earth Catalogue, a magazine that symbolizes the cyber culture of the '80s. Just like the neoliberal representation of the market, the evolution of the Net is essentially based on dynamics of self-regulation. 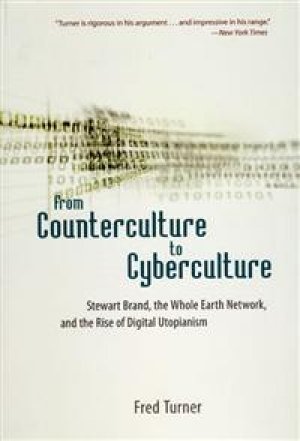 Eric Alliez
Signature Of The World