The New Populism: Democracy Stares into the Abyss

Syriza, Trump, Podemos, and Brexit—these and other electoral earthquakes of recent years have been grouped under the term “populism.” But what actually defines populism? Marco Revelli answers the question by getting to grips with the historical dynamics of so-called populist movements. In the early days of democracy, populism sought to represent classes and social layers that asserted their political roles for the first time. In today’s post-democratic climate, it instead expresses the grievances of those who had until recently felt they had a voice. The new populism is the child of an age in which the left has been hollowed out and lost the capacity to offer a true alternative.

“In his book, Marco Revelli aptly defines today’s right-wing populism as a ‘senile disorder’ of liberal democracy, a ‘revolt of the included’ who have been pushed to the margins.” 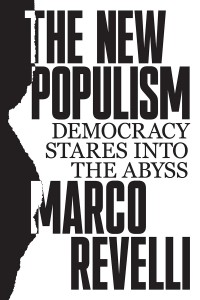