Volume three of "Brecht's Collected Plays" brings together in paperback volume 3.i and volume 3.ii of the hardback series. Also included are Brecht's own notes and textual variants.

The most comprehensive and authoritative editions of Brecht's plays in the English language Volume Three of Brecht's Collected Plays includes St Joan of the Stockyards - a play which recasts St Joan as Joan Dark springing hope into the hearts of factory workers at the mercy of meatpacker king Pierpont Mauler threatening cuts in the Depression; and the Lehrstucke or short 'didactic' pieces written during the years 1929 to 1933, are some of his most experimental work. Lindbergh's Flight, The Baden-Baden Lesson on Consent, He Said Yes / He Said No, The Decision,The Exception and the Rule, and The Horatians and the Curiatians reject conventional theatre; they are spare and highly formalised, drawing on traditional Japanese and Chinese forms. They show Brecht in collaboration with the composers Hindemith, Weill and Eisler, influenced by the new techniques of montage in the visual arts and seeking new means of expression. Also included is The Mother, based on Gorky's novel about the progress of a factory strike in Tver and the journey of a peasant mother from illiteracy to card-carrying communism.The translators include H R Hays (The Horatians and the Curiatians), Ralph Manheim (St Joan of the Stockyards), Tom Osborn (The Exception and the Rule), Geoffrey Skelton (The Baden-Baden Lesson on Consent), John Willett (Lindbergh's Flight;The Decision;The Mother) and Arthur Waley (He Said Yes / He Said No). The translations are ideal for both study and performance. The volume is accompanied by a full introduction and notes by the series editor John Willett and includes Brecht's own notes and relevant texts as well as all the important textual variants. 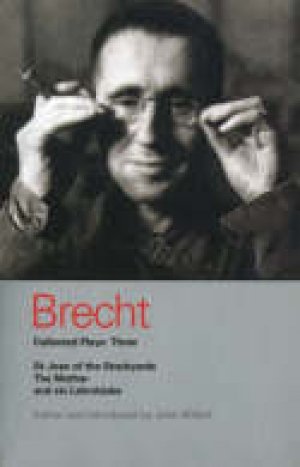