Double Teenage tells the story of two young teenagers (best friends, Celine and Julie) who are coming of age in the 1990s along the US-Mexico border--a place where nothing seems to happen, but only because what counts as 'something' is defined by far-off centres of power. In their small, desert town and small-scale life, they become a twin pair. Through their love of theatre, they find their way into a wider world, rich with opportunity, but at the same time, dense with situations of peril and violence.

This unrelenting novel shines a spotlight on the paradoxes of Western culture--obsessed with depictions of fantasy sexual violence, while at the same time, willfully blind to the many ways in which desire and hurt twine together in real life; where angry, emotional, and loving girls have been told time and again that they overthink things; where survival goes hand-in-hand with trauma and witnessing; where art, books, movies, TV, and plays work to both shield us from reality and also help us to face it, and powerful healing rituals can be made out of everyday material goods--hoodie sweatshirts, homemade alcoholic punch, joints, and blood pacts. In this way, Double Teenage ultimately offers a way through violence into an emotionally alive place beyond the trap of girlhood.

Informed and influenced by the films of David Lynch, Agnes Varda, Chris Marker, Jacques Rivette, Murphy has developed an emotional dialogue in Double Teenage, one that wrestles with the borders of our bodies, our countries, and our realities. The borderlands (the US/Mexican and the Canadian/US) in this novel become gendered, performative spaces that are hard and soft, depending on who is trying to cross. Though the girls move away from the Southwest to Vancouver and Chicago, and gain entry into rarified academic and artistic circles, they discover that the violence and solitude of the borderlands are still stuck within them.

In drawing comparisons to Sheila Heti's How Should a Person Be and Chris Kraus's Summer of Hate, the harrowing narrative in Double Teenage will speak particularly to an audience of 'Under 40' women who are radical, possibly over-educated, if perhaps precariously employed. Art audiences, as well as people interested in literary fiction and criticism, will also be drawn to this novel's integration of books, theatre, and performance.

Joni Murphy’s debut novel, Double Teenage, ends with the words, “This is a spell for getting out of girlhood alive,” but it speaks equally well to anyone alert to the ways in which a culture of violence can inflect all aspects of life. Growing up in the American Southwest during the 1990s, Murphy’s two upper-middle-class protagonists are stunned by the murder of Donna Beth, their sometime-babysitter and role model. As they get older, they begin to see that the violence around them is systemic, extending to the routine killings of the narco wars and the way these horrors are normalized until they are reduced to ambient noise. Permeable and boundary-less, aware that all boundaries are false, Celine and Julie struggle to make sense of their environment through sex, romance and drugs, and through fashion, literature, theater, critical theory, and art. Written with a cool but empathic distance, Double Teenage could be the definitive book of the “Young-Girl” as theorized by Tiqqun. It’s also about NAFTA, spectacular serial killings—including the Ciudad Juarez femicides—and media’s comforting lull. 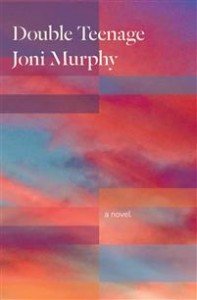