With the advent of liquid modernity, the society of producers is transformed into a society of consumers. In this new consumer society, individuals become simultaneously the promoters of commodities and the commodities they promote. They are, at one and the same time, the merchandise and the marketer, the goods and the travelling salespeople. They all inhabit the same social space that is customarily described by the term the market.

The test they need to pass in order to acquire the social prizes they covet requires them to recast themselves as products capable of drawing attention to themselves. This subtle and pervasive transformation of consumers into commodities is the most important feature of the society of consumers. It is the hidden truth, the deepest and most closely guarded secret, of the consumer society in which we now live.

In this new book Zygmunt Bauman examines the impact of consumerist attitudes and patterns of conduct on various apparently unconnected aspects of social life politics and democracy, social divisions and stratification, communities and partnerships, identity building, the production and use of knowledge, and value preferences.

The invasion and colonization of the web of human relations by the worldviews and behavioural patterns inspired and shaped by commodity markets, and the sources of resentment, dissent and occasional resistance to the occupying forces, are the central themes of this brilliant new book by one of the worlds most original and insightful social thinkers. 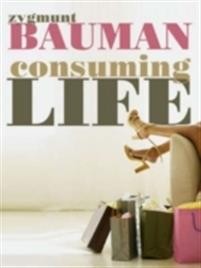 Zygmunt Bauman
Does Ethics Have a Chance in a World of Consumers?