The so-called exact sciences have always claimed to be different from other forms of knowledge. How are we to evaluate this assertion? Should we try to identify the criteria that seem to justify it? Or, following the new model of the social study of the sciences, should we view it as a simple belief? The Invention of Modern Science proposes a fruitful way of going beyond these apparently irreconcilable positions, that science is either "objective" or "socially constructed." Instead, suggests Isabelle Stengers, one of the most important and influential philosophers of science in Europe, we might understand the tension between scientific objectivity and belief as a necessary part of science, central to the practices invented and reinvented by scientists.

"Stengers has chosen to look for a touchstone distinguishing good science from bad not in epistemology but in ontology, not in the word but in the world." Bruno Latour

Isabelle Stengers is associate professor of philosophy at the Free University of Brussels. She received the grand prize for philosophy from the Academie Franaise in 1993, and is the author of numerous books, including Power and Invention (Minnesota, 1997).

Daniel W. Smith has translated many books, including several works by the philosopher Gilles Deleuze. 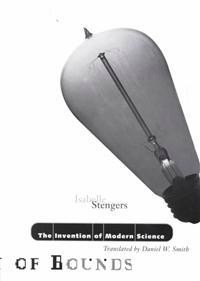 Isabelle Stengers
Another Science Is Possible