Proposed as a collection of imaginary logos for the corporate sponsors of Borges' Library of Babel, KERN balances on a precipice between the visual and nonsensical, offering poems just out of meaning's reach. Using dry-transfer lettering, derek beaulieu made these concrete pieces by hand, building the images gesturally in response to shapes and patterns in the letters themselves. This is poetry closer to architecture and design than confession, in which letters are released from their usual semantic duties as they slide into unexpected affinities and new patterns. KERN highlights the gaps inside what we see and what we know, filling the familiar with the singular and the just seen with the faintly remembered.

derek beaulieu is the author or editor of 15 books, the most recent of which are Please, No more poetry: the poetry of derek beaulieu (Wilfrid Laurier University Press, 2013) and KERN (Les Figues Press, 2014). He is the publisher of the acclaimed no press and is the visual poetry editor at UBUWeb. Beaulieu has exhibited his work across Canada, the United States and Europe and currently teaches at the Alberta College of Art + Design. He is the 2014-2016 Poet Laureate of Calgary, Canada. 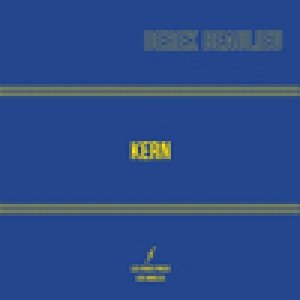 Derek Beaulieu
Flatland: A Romance of Many Dimentions