Burma - A Nation at the Crossroads

For more than 50 years, Burma has been ruled by a succession of military regimes which rank among the most oppressive dictatorships in the world. Accused of crimes against humanity, they have brutally mistreated their people. Yet in the last couple of years, and in spite of sham elections, the pace of change has been breathtaking. Much is now hoped for. However, Burma is one of the most ethnically diverse nations in SE Asia: there are roughly seven major ethnic groups living along its borders. They have a long history of conflict with the government and have been cruelly treated by the current regime. Their future affects the country as a whole, as Benedict Rogers explains. Drawing heavily on his many fact-finding visits both inside Burma and along its frontiers, he gives a unique appraisal of the current ethnic situation and its implications for the nation as a whole. Wide-ranging, expertly researched, and full of brand new accounts of the courage and determination of the Burmese people, Burma: a nation at the crossroads explains the country's conflicted history, as well as its contemporary struggle for justice. Burma stands poised for freedom, or for further repression. No one can be sure. This fascinating and accessible book describes what is really happening inside this beautiful, secretive, and potentially prosperous country. 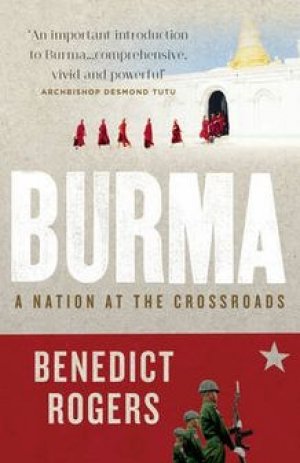